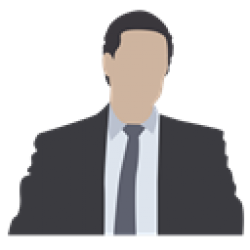 Personal Injury, Social Security, and Beyond

Anthony Castelli has built up a sterling reputation based on several things. His experience, skill before the court, and drive to assist his clients has made him well known in the legal field. His knowledge on multiple fronts, including various personal and automobile injuries, product liability, and Social Security claims makes him second to none. His personal touch makes a difference in making sure that justice is done for his clients.

Anthony Castelli worked his way up, assisting those that could not speak for themselves. After receiving a Bachelor of Science degree in Criminal Justice from the University of Cincinnati in 1973, he helped abused and neglected children as a social worker. He entered into law school at Northern Kentucky University, Salmon P. Chase College of Law in 1976 and received his Juris Doctor in 1981. He juggled many parts of his life during this period, including working as a law clerk during the day and went to law school at night. This taught him valuable skills of prioritizing and bringing his best to whatever he represented. After he received his JD he would later become a partner at the firm he once worked as a law clerk. When one of the partners died of a heart attack in 1998, the firm disbanded and Mr. Castelli started his own firm.His solo practice firm has gained a reputation of fighting for his clients in the greater Cincinnati area and beyond. His focus on personal injury liability and protecting citizens from defective products has earned him respect across the legal field and in the courtroom.

A Professional, Both in and Out of the Courtroom

For Mr. Castelli, his law practice must be backed with only hard working legal minds and associates. On staff are his three paralegals and an staff attorney. He is also a member of the Ohio Association for Justice, The American Association for Justice, the Ohio State Bar Association, the Southwest Ohio Trial Lawyers, the Cincinnati Bar Association, the Circle for Legal Trust, and the National Association For Social Security Claimants.Mr. Castelli refuses to be anything but demanding of himself to exceed client expectations. In fact, he has an preeminent rating from the Martindale-Hubbell Company, which is a national rating agency of attorneys. This is their highest rating. He also has the highest rating from Avvo's attorney rankings and has been listed as an Ohio Super Lawyer for Personal Injury.However, life doesn't just end outside the courtroom and office. Anthony has committed his life to his family and community.Anthony has been active in his community, hosting events for veterans, coaching boys and girls basketball for St. Elizabeth Ann Seton and St. Andrew's grade schools, and beyond. He's also taught intro to basketball to first and second graders. He has also spoken about the law to local schools and students.Anthony's dedication to his profession leads him to fight for veterans. He hosted "the Saluting Marine" in 2014 . He is visible at motorcycle events especially for veterans and other charities and has been a consistent sponsor of the Hero's Ride.He also sponsors the Iron Samaritans a Christian biker's group that helps the homeless. He understands the role of commitment and offers it to those that have given up a part of their life to serve our country.He has also served as a past member of the Power Inspires Progress Board of Trustees. He also served as a Trustee of the Serenity House for those struggling with addiction. He has made appearances on local news and TV shows and has been a radio show host of a popular Cincinnati motorcycle show. He can be seen around on his Harley Dyna Low Rider.

Teaching the Next Generation of Attorneys

Anthony has also dedicated himself to teaching the next generation of attorneys for the real world. He has taught Continuing Legal Education classes for attorneys in the areas of Evidence in Trial Practice and Trial of Personal Injury Cases. His experience and knowledge of the law will allow future and new attorneys to avoid pitfalls and better serve their clients.

Dedication to His Clients

Mr. Castelli has shown himself to be a powerful advocate for those that cannot properly voice themselves. He has worked his way up from the streets of Cincinnati to his own law firm and never forgot what it took to get there. His attention to detail and personal investment in cases make him a helping hand in the office and a fearsome presence in the courtroom.His knowledge of case study, precedent, and legal issues have allowed him to successfully win or settle hundreds of cases and recover millions for his clients. He also works on a contingency basis-- only getting paid if his client receives the settlement that they deserve. When Anthony Castelli says that he is fighting for you, he puts his money where his mouth is and will not let go until his client gets justice.When you need an attorney in Ohio, especially Cincinnati , Columbus and Dayton, call his office today for a free consultation. The consultation will apprise you and your loved ones of your legal rights and will be no-pressure.​Anthony's role is to listen to you and give you the advice that only years of experience both in and out of the courtroom can provide. His practice in Cincinnati combines his and his staff's experience with a knowledge of the local, state, and even federal legal systems and how to navigate the law on the shortest and least complex route to justice. Allow those years of experience to fight on your behalf. Pick up the phone today and call us day or night at (513) 621-2345 or toll free at (800) 447-6549. We stand ready to help.